SEARCH
What are you looking for?
Need help finding what you are looking for? Contact Us
Compare
Free Samples
Home Market Research Reports Advanced Material

Manganese is one of the important basic bulk raw materials for industrial production and is widely used in various economic fields such as metallurgical industry, light industry, chemical industry, agriculture and animal husbandry, building materials industry and national defense industry. 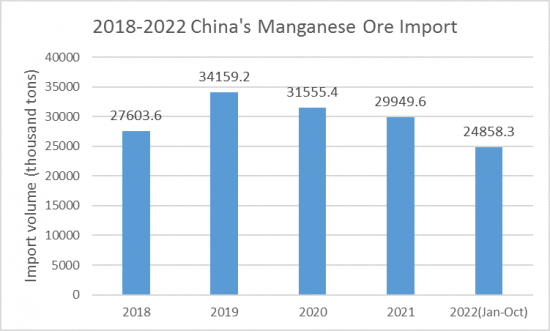 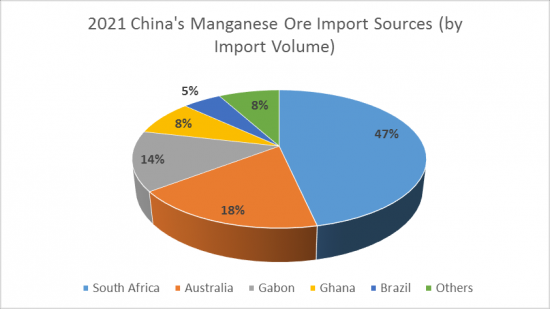 China is a major consumer and importer of manganese ore in the world. However, China's manganese ore resource reserves are small, and the manganese ore deposits are small in size, low in grade and complex in composition, so the Chinese market is highly dependent on manganese ore imports. CRI expects that with the rising production of new energy vehicles in China, the demand for power lithium batteries is increasing, and the import volume of manganese ore in China will continue to rise in 2023-2032.