SEARCH
What are you looking for?
Need help finding what you are looking for? Contact Us
Compare
Free Samples
Home Market Research Reports Consumer Goods

In 2021, the global toy market grew strongly, recording its best performance in the past decade. With rising living standards, the rise of emerging markets, and increased per capita consumption of children aged 0-9 years globally, the toy industry is boosted with great growth potential. 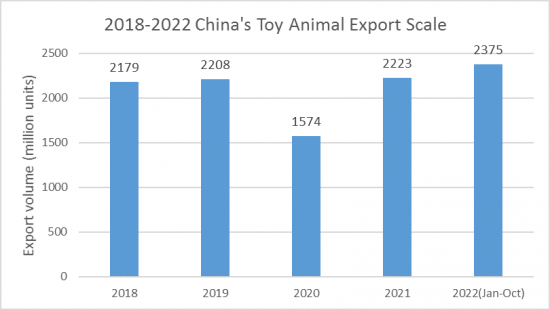 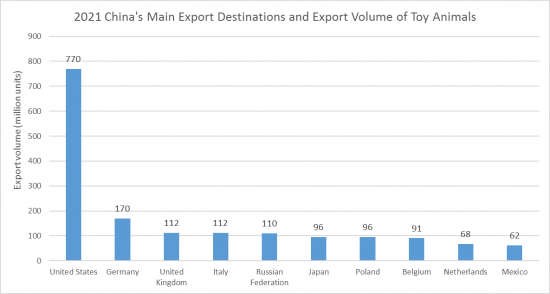 According to CRI's analysis, China is the world's largest toy producer and exporter, and China exports a large number of toys to the global market every year.

In 2021, China exported toy animals to more than one hundred and eighty countries and regions around the world, of which, by export volume, the United States, Germany, the United Kingdom, Italy, the Russian Federation, Japan, Poland, Belgium, the Netherlands and Mexico are the main export destinations for Chinese toy animals.