Growth of the Prevalence OSA population will contribute to increasing sales in the OSA therapy market over our forecast period. The increase in number of patients with obstructive sleep apnea across the globe will be driving the market of OSA. According to a study conducted by the World Health Organization (WHO), the global prevalence of sleep apnea is around 100 million people. In the U.S. alone, the number of people with OSA is around 42 million. One out of five adults in the U.S. have mild OSA, while one out of 15 have moderate to severe OSA. The number of cases with OSA is expected to increase during our forecast period, primarily due to increasing Prevalence of sleep-related disorders. This is projected to drive the OSA market from 2020 to 2030.

Obstructive sleep apnea (OSA)-also referred to as obstructive sleep apnea-hypopnea-is a sleep disorder that involves cessation or significant decrease in airflow in the presence of breathing effort. It is the most common type of sleep-disordered breathing and is characterized by recurrent episodes of upper airway collapse during sleep. These episodes are associated with recurrent oxyhemoglobin desaturations and arousals from sleep.

OSA remains significantly under-recognized, as only 20% of cases in the United States according to the AASM and 20% of cases globally have been properly diagnosed. We hold our diagnosed and treatment cases estimates constant over the forecast period, and changes in the number of OSA cases are due to demographic shifts.

The reported rates of psychiatric diagnosis among modafinil users do seem to be higher than the 18.3% (of adults in the USA) stated in the 2016 National (USA) Survey on Drug Use and Mental Health. As per the survey, overall, modafinil was perceived by users as being safe. Modafinil users reported higher levels of illicit drug use and psychiatric diagnosis than would be expected from population-based data. More frequent reported modafinil use was associated with higher numbers of perceived benefits whilst reported frequency of use was not associated with the number of perceived risks, We are expecting 18% of the OSA patients on this therapy in the base year and will subsequently decline as the new therapies entering into the market. 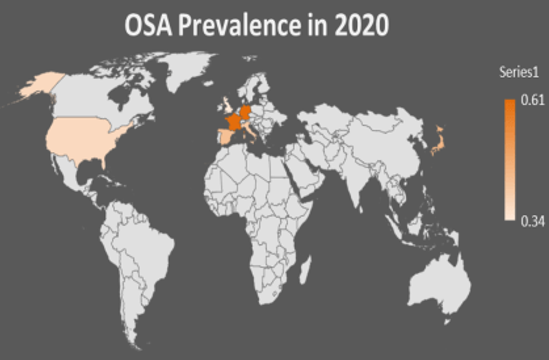 There are no specific treatments for the treatment Obstructive Sleep Apnea (OSA) and current care treatment for OSA involves CPAP (Continuous Positive Airway Pressure) is which is the leading device therapy for Obstructive Sleep Apnea (OSA). This treatment involves the patient wearing a mask that connects through a hose to a bedside air pump. Although the therapy has demonstrated improvements in patient-reported sleep quality and reductions in daytime sleepiness, around 35% - 65% are non-CPAP compliant. Patients complain of problems including mask discomfort, mask leakage, pressure intolerance, skin irritation, nasal congestion, nasal drying, nosebleeds, claustrophobia, and lack of intimacy. The CPAP therapy accounts for the 70% of the device-treated OSA population share. 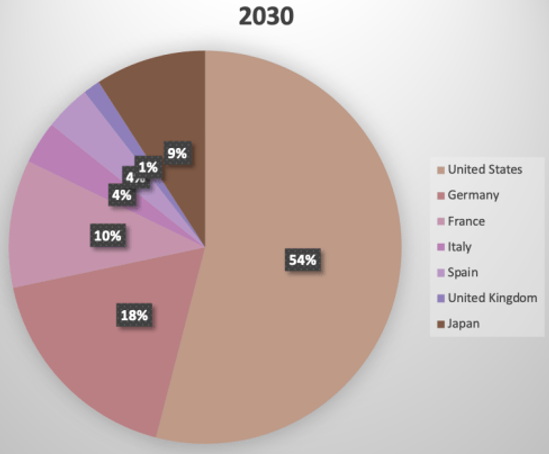 Epidemiology Estimated and Forecast to 2030